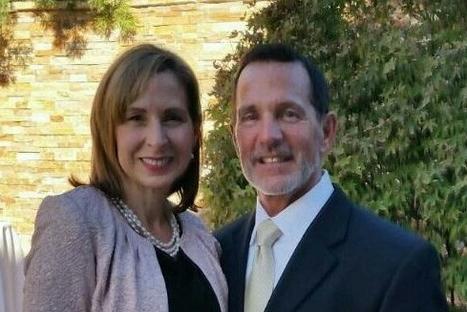 Teresa is a California Native, although from eleven years old her family spent five years living in South America as missionaries to Brazil.  Returning to the United States in 1980 the burden for Missions continued to grow strong.  Teresa left California in 1989 to attend Christ for the Nations Institute outside of Dallas, Texas.  While attending Bible School the strong desire for serving God in Missions was to her surprise, replaced with a newly found desire for knowing God.  The experience of knowing God by relationship redirected her steps on a challenging journey of faith leading her right back to California.  For the next few years God’s plans for the future were being processed in the daily steps of learning to hear God’s voice and faithfulness to His will.

In 1992, by no coincidence, Teresa met Kevin Brown whom she married in 1994.  During their first year of marriage, a desire was birthed in Kevin to go overseas to help the people of Rakai Town, Uganda E.. Africa.

Now Kevin and Teresa are ministering over seas Side-By-Side in several different nations, including Uganda, Kenya and Haiti.  Teresa Co-Pastors Side-By-Side Church International with her husband Kevin.  Areas of ministry for Teresa include the leader of the music ministry, women’s ministry and discipleship.

In the summer of 2008, Teresa released her first music CD entitled “Worth It All”.  These songs capture God’s heart for His people as they come to know Him.

Pastor Kevin is the Senior Pastor of Side-By-Side Church International located in Orange County, California.  He is a retired police officer with nearly 30 years of law enforcement experience including work with the Federal Bureau of Prisons, undercover narcotics, parolee apprehension, and thirteen years as a SWAT member.
Kevin did not have a Christian background growing up but experienced a “Saul of Tarsus” conversion as a police sergeant in 1991.  From that moment, Kevin was filled with God’s love for others and was drawn to impoverished third world nations to minister God’s healing power in the “Regions Beyond”.

God has lead Kevin to minister in the alleyways, highways and underground churches in the nations of Iran, Syria, Turkey, Lebanon, Malaysia and Sri Lanka, where the preaching of the Gospel is illegal.  In addition, Kevin has ministered in the countries of Haiti, Kenya and Uganda during times of civil unrest.  This has allowed Kevin to experience God’s grace and guiding as He delivered Kevin in many situations.

In 2006, God placed it upon Kevin’s heart to eliminate “Child Starvation” in remote impoverished areas where food assistance is not already available.  This has lead to the establishment of the S.E.E.D. Program and the Children’s Food Distribution Centers in Uganda and Kenya.

In 2008, God placed it upon Kevin's heart to work side-by-side with various law enforcement entities and Community Based Organizations to impact gang violence in Orange County.  From this God birthed Lives Worth Saving-Gang Intervention.  LWSGI has been recognized for it's work by law enforcement and government officials.

In 2011, God showed Kevin the incredible injustice of Sex Trafficking that was occurring here in the United States.  Through Lives Worth Saving-Human Trafficking, a curriculum was developed and men and women from Faith Based Organizations responded to the cry of the young girls and women trapped in this horrible lifestyle. The ministry developed into a one-of-a-kind approach to Identify, Locate and Recover victims of Human Trafficking and placing them in safe after-care locations.  In 2014, the ministry developed into a one hour Docu-Drama that will air in April 2015 on the A&E Television Network.

In 2014, God began to move in Kevin's heart to impact TERRORISM where it starts...on the Front Lines.  God has given Kevin a curriculum to help the Body of Christ use it's God given power and authority in spiritual warfare to take back what once belonged to God's people.  While these short-term mission trips are done on a covert basis and with little fan-fare, their impact has brought change to nations who are on the Front Lines of TERRORISM.

Kevin is married to Teresa and they will celebrate twenty-one years of marriage in March of this year .